About us
Main page 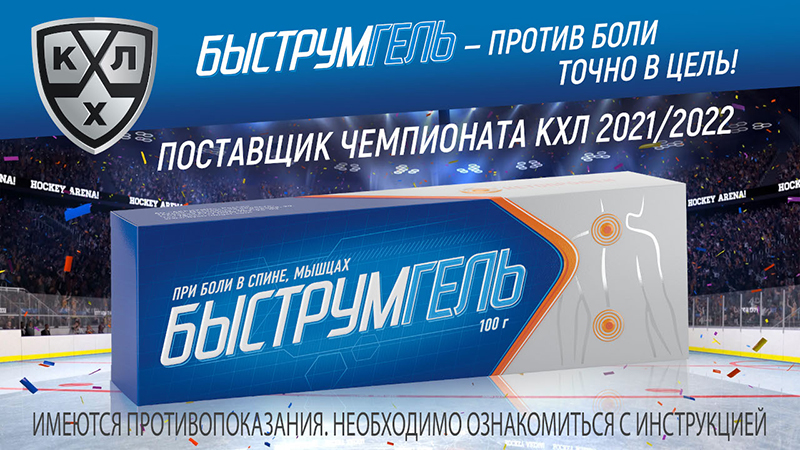 The Bystrumgel brand from Akrikhin has become a supplier of the 14th Kontinental Hockey League (KHL) Championship in the 2021/2022 season. On 10 September, a special event was held for KHL Championship partners, which was supported by Akrikhin.

5 foreign and 19 local hockey clubs will compete for the main trophy of the KHL Championship with more than 700 matches to be played. The tournament started on 1 September and will end in April 2022 with a final play-off series, which will determine the KHL champion.

On 10 September, just before the start of one of the season’s opening games, a special event called Business Club for KHL Championship Partners was held, which Akrikhin joined with the Bystrumgel brand. The company was represented by its President Denis Chetverikov. 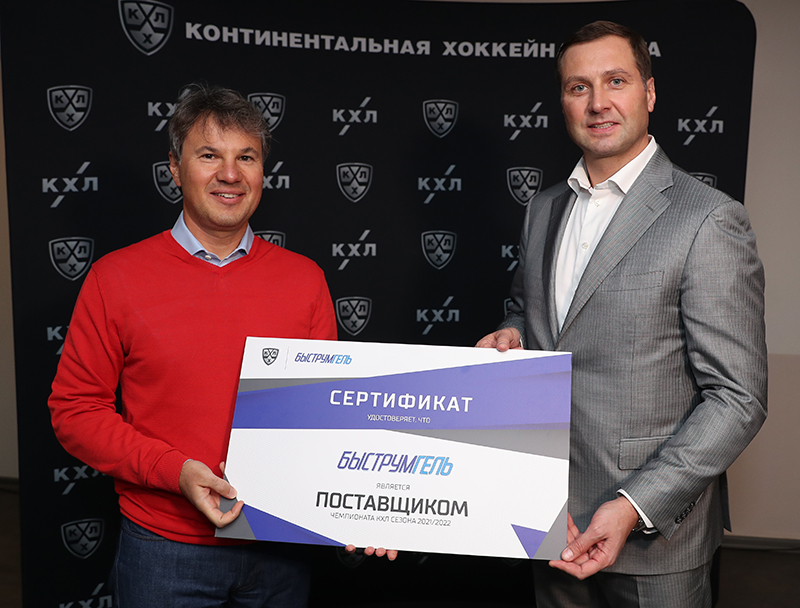 During the championship season, a Bystrumgel commercial will be broadcast in the arenas during each match and will be seen by a large audience of league players and fans. There is hardly a faster sport than hockey. Bystrumgel is a reliable aid for many athletes. Bystrumgel has a pronounced analgesic and anti-inflammatory effect for pain in the back, muscles and joints.

In sports, it is almost impossible to do without sprains and injuries. But there is Bystrumgel which helps to relieve pain and inflammation both in acute cases and in a chronic illness. We are happy that Bystrumgel brand has become a supplier of such a large-scale sporting event as the KHL Championship, and we are looking forward to long-term cooperation,

About AKRIKHIN
JSC “AKRIKHIN” is one of the leading Russian pharmaceutical companies that produces effective, affordable and high-quality pharmaceuticals in the most popular therapeutic areas in Russia. By the volume of sales, the company is in the top four local pharmaceutical producers on the Russian pharmaceutical market showing significant growth and development rates. The Company’s portfolio contains about 200 pharmaceuticals, 45% out of which are on the list of Vital and Essential Drugs (VED). The pharmaceuticals fall within the key pharmacotherapeutic groups, such as dermatology, cardiology, paediatrics, ophthalmology, neurology, gynaecology, endocrinology, etc., and are produced in total compliance with the GMP standards. To learn more, visit www.akrikhin.ru.