About us
Main page

AKRIKHIN IS THE WINNER OF THE XXI COMPETITION “PLATINUM OUNCE”. AQUADETRIM BECAME THE LEADER OF THE YEAR AMONG OVER-THE-COUNTER DRUG PRODUCTS

The drug product Aquadetrim won a victory in the nomination “Drug Product of the Year”, subnomination “Over-The-Counter Drug Product” in the annual nationwide Russian open competition for professionals of pharmaceutical industry “Platinum Ounce”. This year Akrikhin reached the final in five nominations at once. The winners of the award are annually determined by an expert committee, which includes around 100 representatives of pharmaceutical industry.

Today the drug product Aquadetrim of Akrikhin is the top-of-the-range product in the market for vitamin D and a key driver of its growth, as well as a leading product among all vitamins purchased in Russia according to last year’s results.

The victory obtained in the competition indicates that activity of Akrikhin is highly appreciated by the professional community, as well as confirms the relevance and demand for our product by the people and expertise of the company in this line. We openly speak about the problem of vitamin D deficiency in Russians and actively promote its solution due to different educational projects. We would like to thank the expert committee for their votes in favour of our company. By taking into consideration needs of the patients and following our mission, we annually establish new goals, so that high quality and highly-demanded preparations would be even more accessible for the people, 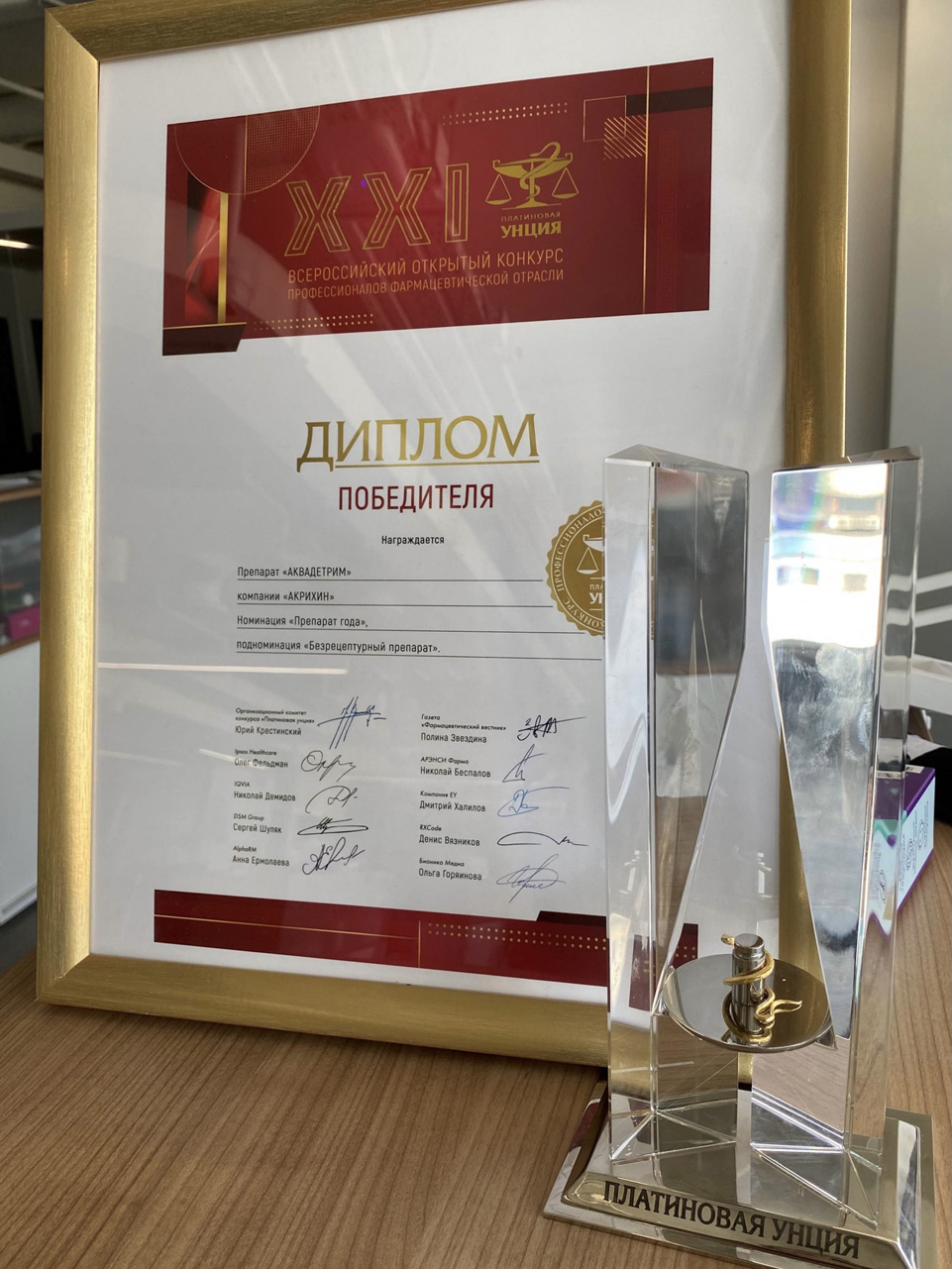 The nationwide Russian open competition “Platinum Ounce” already has been conducted 21 times. The ceremony of announcement of its results was conducted on 22 April 2021. The nominees and the winners are annually determined by the representatives of scientific community, reputed publications of pharmacology market, general managers of pharmaceutical companies. At the same time, top managers of the companies cannot vote for their own company, product or project. Akrikhin became the winner of the award “Platinum Ounce” for the fifth time.